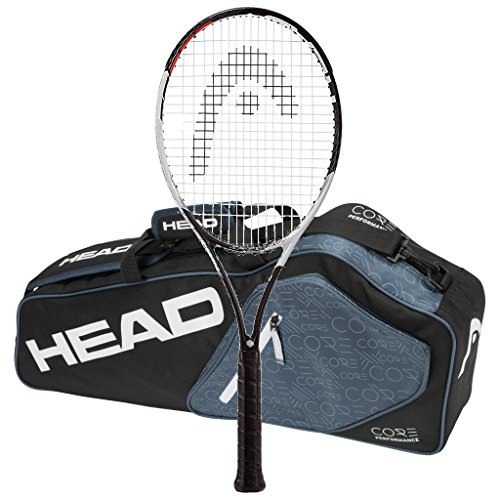 It is well known amongst tennis loves that head is one of the best brands of tennis racquet. They have come out with another iteration of the best-selling Head Graphene Touch Speed Pro model and the latest version has been eagerly anticipated by players and tennis fanatics alike as it features feedback from tennis star Novak Djokovic, whose ideas have been implemented to deliver the best experience for players.

The trend of companies taking stars’ input and applying it to their products is still going strong; racquets promoted by athletes will always boost the hype.

There is no one point of emphasis, all the racquet’s characteristics intend to enhance play, which is a wise decision on Head’s part as there have been many times where one area is excellent and the rest mediocre, resulting in an imbalanced product.

This racquet has something for everyone and will suit players at all stages of their career.

The top of head’s racquet spans 100-square-inches, giving plenty of hit room for incoming balls and a considerable amount of smack force to battle against them.

In our test, off-centre hits reacted as good as middle ones, which sends applause in Graphene’s direction as many racquets fail to respond to side impacts adequately thus resulting in foul balls, disrupted momentum and match loss.

The Head’s grip is almost perfect. The beam has enough firmness for the player lock their hands into and keep in control for many games. The standard length contributes significantly to the grip factor, this way there’s no risk of clogging the racquet against the terrain in a groundstroke or underhand swing.

With the Head Graphene Touch Speed Pro, you’ll be able to control your moves to the smallest detail.

The Head Graphene has a special weight system which uses light-mass materials, which makes the product thirty-percent stronger and doesn’t come at the cost of a lightweight racquet.

The Head light balance is a competent blend of customizable options and the physical stature of the racquet’s components, and it makes everything steadier in the heat of the game.

The weight distribution is a smart way to use stronger materials, essentially building a better racquet in the process. Head’s sophisticated methods should be saluted, studied and hopefully copied for future creations.

The tense 18×20 pattern allows players (heavy hitters more so) to control their shots fully. The fabric is robust, sturdy and undoubtedly durable, enabling many years of play without a rip or a feel of looseness in the string group. Topspin players will also greatly benefit from the dense string pattern and quality fabric used in the making of the Head Graphene Touch Speed Pro. 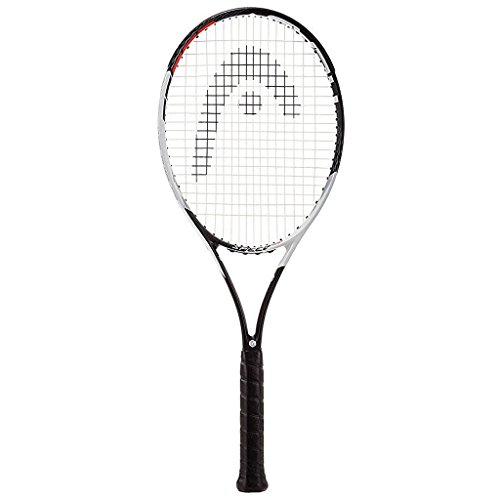 The Power of the RF97 isn’t as reliable as its other aspects, the weight proves to be a double-edged sword, and while it means a lighter, agile racquet, the power output is compromised due to the lower mass. However, playing the aggressive baseline role which is a power-centric role works well with the Touch Speed Pro, simply because of its versatility.

In a 360 turnaround, this racquet offers complete control. Prior versions of this racquet have had a good sense of control, but the latest iteration endorsed by Djokovic leaves its predecessors in the dark.

Numerous experts have stated the Touch Speed Pro is one of the best controlling racquets on the market, and we agree – the physical improvements have benefitted the areas of control and grip, it’s a winner in the handling department.

The control aided the spin potential and did justice to the racquet’s overall handling, and the topspin has an excellent delivery and offers plenty of option.

Serving is good with an audible pop for every flat serve – the added spin potential allows for some exciting results. The dense string grouping ups the confidence of players serving within the box; this all goes back to the utterly fantastic control of the racquet.

Control improves all aspects of the Speed Touch Pro systematically.

Groundstrokes during the game are more than acceptable, the Pro speeds up but in a contained manner and gives players confidence to hit the ball with as much as force as they want.

The Touch Speed Pro is excellent at blasting low balls with no concern for directional issues – the short beam eliminates common errors like scraped contact. The simplicity suits heavy hitters at a ground level, so they can blowback with a wealth of control and not much consequence.

The Head Graphene Touch Speed Pro is a great, well-rounded asset to any player’s collection.

The control is the best in its class, and you can’t go wrong with any other aspect – every single area retains a quality rating.

The racquet is best suited to the tactful player and not the heavy-hitter (outside of ground-level plays), so be wary of this before you purchase Head’s racquet and consider your style and role as a player. Although, if you want to change your playing style, Head Graphene Touch Speed Pro is the perfect base to kick off your transition into a smart