Tennis is a game that has a logical set of rules and guidelines developed to guarantee a winner at the end of a tennis game, set, or match.

Unlike some other sports, a tennis match can never result in a tie. The game must be played out until one player wins and the other player loses.

Although tennis is a fascinating game to watch, spectators may have trouble keeping up with how to read the tennis scores it can be confusing at first. Why do they keep talking about Juice!?

The good news is that the tennis scoring system is straightforward to understand and remember once you get the hang of it.

So in this article, you’ll come away with everything you need to understand about how to read tennis scores quickly and easily.

How to Read Tennis Scores: The Beginning

This is an overview of the components of scoring in tennis:

The game starts with one player initiating the serve. A player who serves first will continue to serve throughout the entire game.

To win a game, one player must earn at least four points (more if the game gets to Deuce).

The server’s score is announced first before they hit the ball to the opposing player.

The terminology of how the tennis score is kept track of can be seen below:

On the other hand, if the server loses the next point and the score is 40-15, the server must continue to serve and see the game until the end.

A set in tennis is named when a player who has won a minimum of 6 games with at least a two game advantage over their opponent.

Some sets can last as long as an hour or even more if there are special rules in play.

These rules can include tie-breaker scoring or no-ad scoring that can dramatically alter the strategy the players use for the match.

A common set of rules seen in tournament play is ‘Pro set’, which makes the games end faster. When playing a ‘Pro set’ game of tennis, the winner of the match needs to win at least 8 games leading with a minimum advantage of two or more games.

During a tennis game, the players will rotate continuously during a match when the total number of games in a set is an odd number.

For example, a total game score in a set could be 5-4, which is 9 games in total. The competitors would then switch sides before starting the next game. 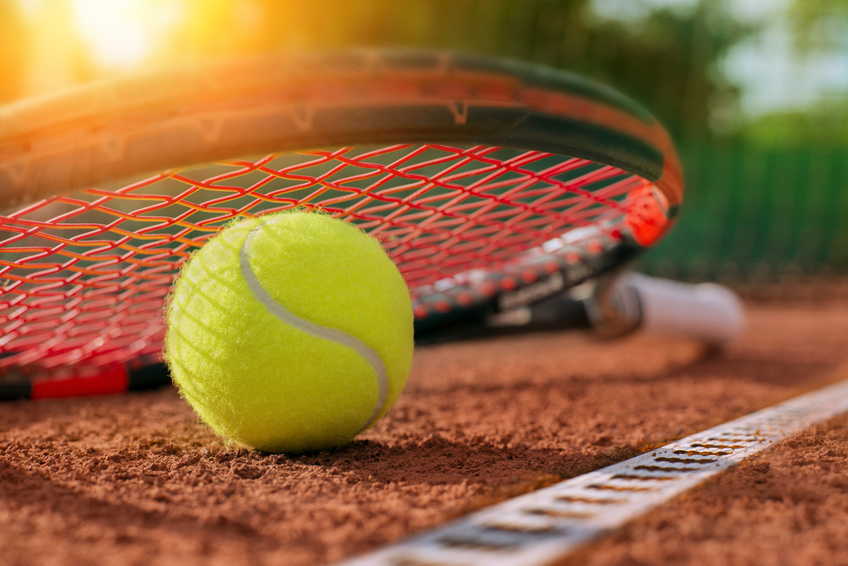 The nature of a tennis nature is purposefully designed with an odd number of sets to ensure that a winner emerges at the end of the match.

Most competitors in tennis play for the best 2 out of 3 sets to decide on the winner of a match.

In some tournaments, such as the Australian, French, or US open, players will compete for the best out of five sets.

The quick answer of how to read tennis scores is that the competitor who wins the most of their sets within a match is crowned the winner of the game.

Tennis is often a very exciting and interesting sport to watch, but without knowing how to keep up with the pace of the game can make it overwhelming.

So by now you should know everything you need in order to understand what’s unfolding on the courts, as we have left nothing out in this quick guide.

For some readers, simply reading an article may not be enough for them to fully absorb the complexity of the game. If this applies to you, then you can easily find tutorials on YouTube and other sources that may be able to explain how to read tennis scores with videos and pictures instead of writing alone.

Now you know how to read the scores, grab yourself a racquet and get on the court!