Tennis is a fun game, but it does involve quite a few rules.  It’s no wonder that newcomers to the sport are often confused by what is going on when they first watch a tennis match.  This Tennis FAQ will clear up some of the most common questions and talk you through the facts to help you get more enjoyment out of this great sport.

What is the start of a tennis match called?

The first shot played in any tennis match is called a service (or serve).  The first service is performed from the left side of the court’s baseline and must land in the left service box on the other side of the net.  Every subsequent serve will then change sides, with the server moving between the left and right sides of the base line. Take a look at the red arrow below to see how the server must direct their first serve.

Once the game is finished (see below to learn what a game is) the other player gets to serve.  Service continues to alternate when each game finishes.

How does tennis scoring work?

The tennis scoring system is perhaps the most complex part of the game, which is why some newcomers find it confusing.  A tennis match has points, games, and sets. 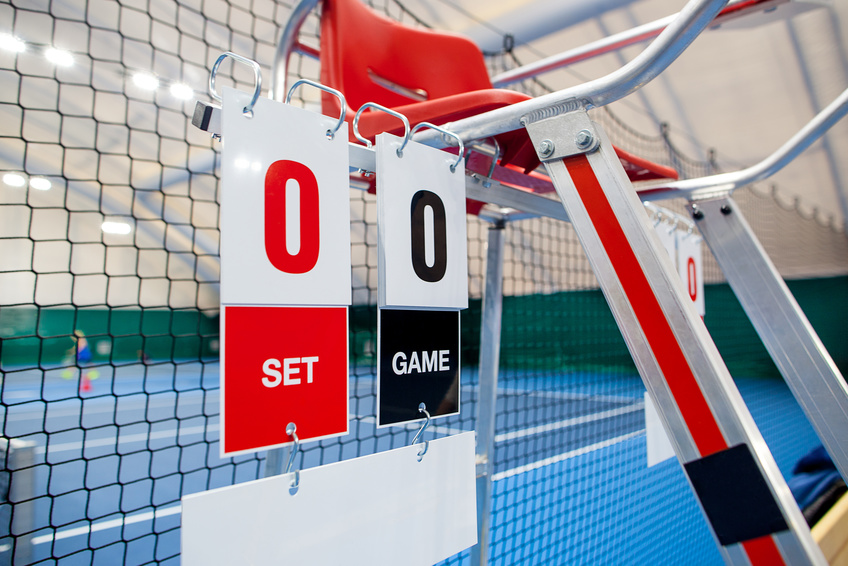 If the ball is not successfully served (it doesn’t land in the correct service box or hits the net), the server will have a fault.  They will get to perform another serve.  If they fail again, they are at double fault and their opponent wins a point.

If you win four points in a row, you will win a game.  However, it’s important to note that tennis points are named in an unusual way:

When saying or writing the score of a tennis game, you will always have the score of the player currently serving first.  Here are a few examples, of how points work:

See: How to Keep Score in Tennis  |  How to Read Tennis Scores

At the end of the game, the person serving will change.  So, if you were serving that game, give the ball to your opponent so they can serve the next game.

If you managed to win the game, congratulations!  Now, you need to win the set.  A set consists of at least 6 games, with the first person to 6 games winning.  However, you must win by at least two games.  That means, if the score is 6-5, you still have to win another game to be two games in front (7-5).  If it is a close match, players might end up winning 8, 9, or 10 games before they claim the set.

The winner of the match is determined by the best of three or five sets.  If you are playing to three and win the first two sets, the game is over.  If you win one set each, you must play the third match to decide. 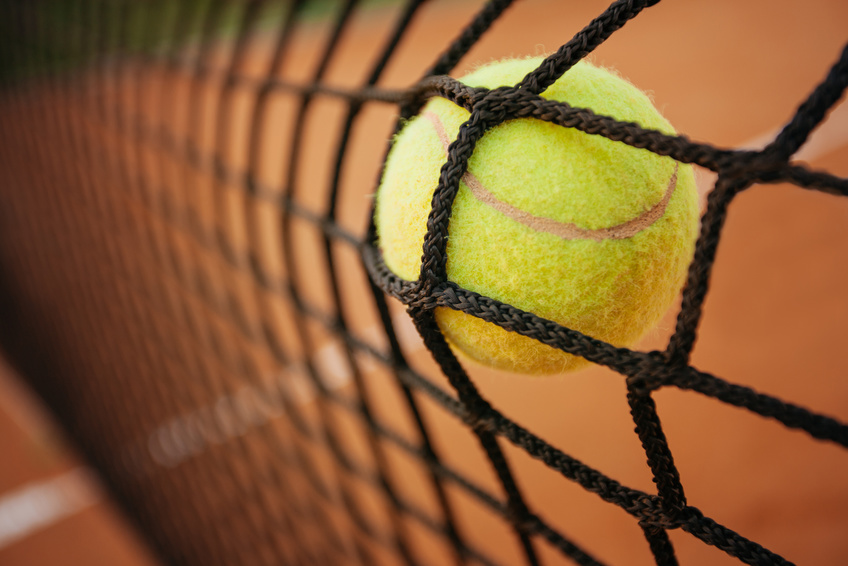 What is an Ace?

An ace occurs when you successfully land a serve inside the service box and the receiver is unable to hit the ball.

How many sets to win in tennis?

Most matches are decided by the best of three sets.  However, professional male tennis players participating in a grand slam tournament will usually play best of five sets.

How long does a tennis match last?

It really depends on how close the match is.  If every game is a tightly contested affair with points often going to deuce and extra games being played, it can go for many hours.

On average, a three-set match will last around 2 hours in total.  A longer five-set match averages around 3.5 hours, but some close games can last much longer.  In 2010, a match at the Wimbledon Championship between John Isner and Nicolas Mahut lasted for 11 hours and 5 minutes over the space of three days.

Why do tennis players bounce the ball before serving?

There are two reasons why most tennis players will bounce the tennis ball on the ground before the serve.  The first reason is pragmatic — the player is simply testing how “bouncy” the ball is before hitting it.  If the ball still contains a lot of air and is very bouncy, they change how hard they hit it when serving.

The other reason is that bouncing the ball a few times acts like a kind of ritual that helps the player get into “the zone”.  When they bounce the ball, they remember all of the other habits that they are meant to perform when serving, like throwing the ball a certain distance, moving their feet correctly, or adding spin to the ball.  These little rituals help a player hit their serve reliably and have it land in the service court.

What does “let” mean in tennis?

A “let” occurs when a player serves and the ball hits the top of the net but still manages to land in the service court.  When a let occurs, it is not considered a fault and the player serving gets to serve again.

What is a break in tennis?

A “break” is announced if a player receiving serve is ahead by between one to three points and only needs one more point to win the game.  For example, if you are receiving serve and the score is 30-40, you will “break” your opponents serve if you win the next point and take the game.

If a ball lands on the line is it out? 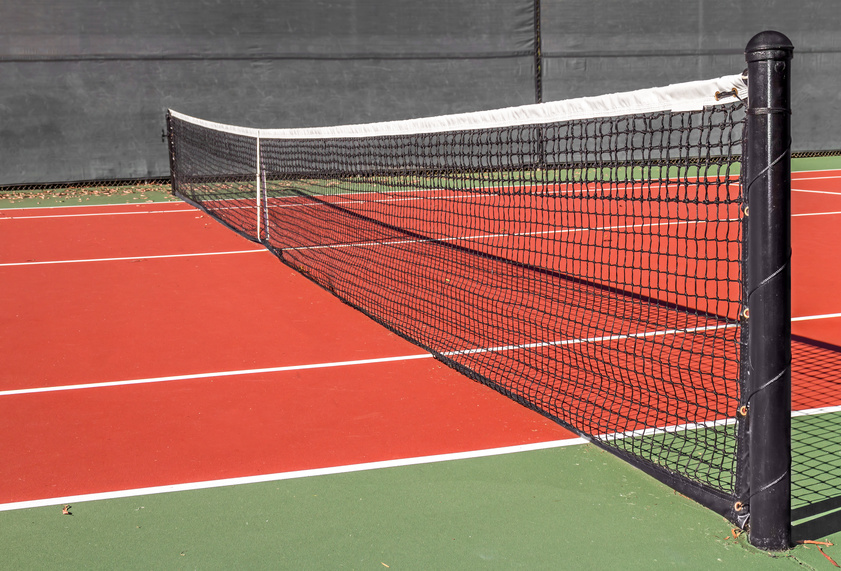 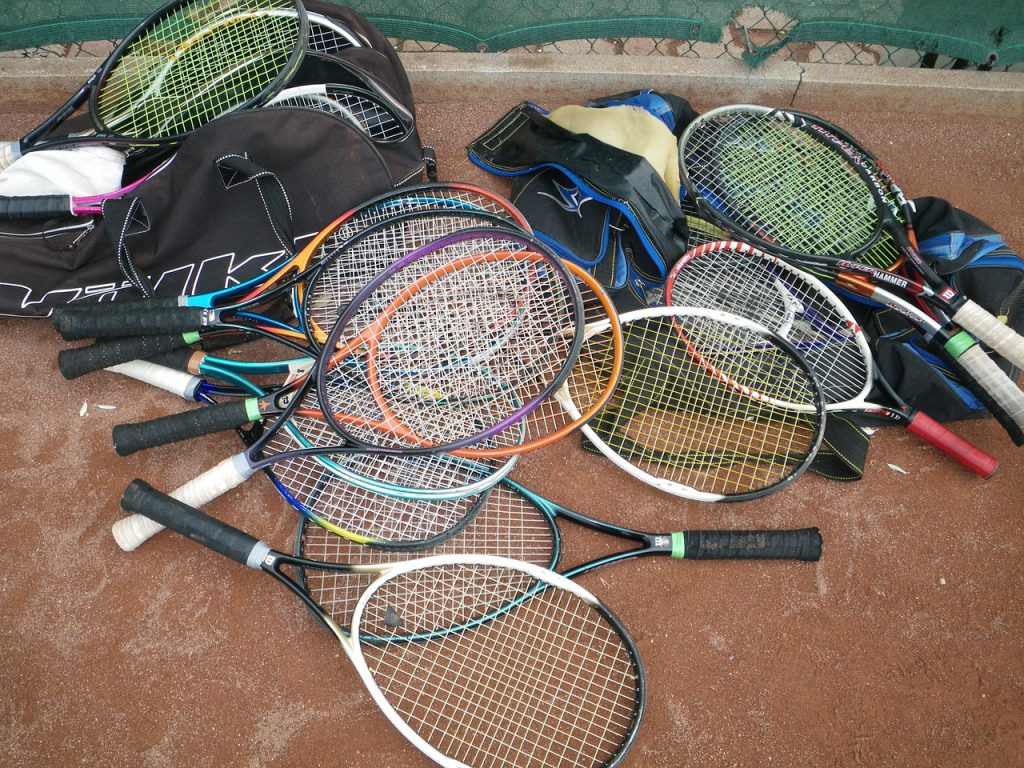 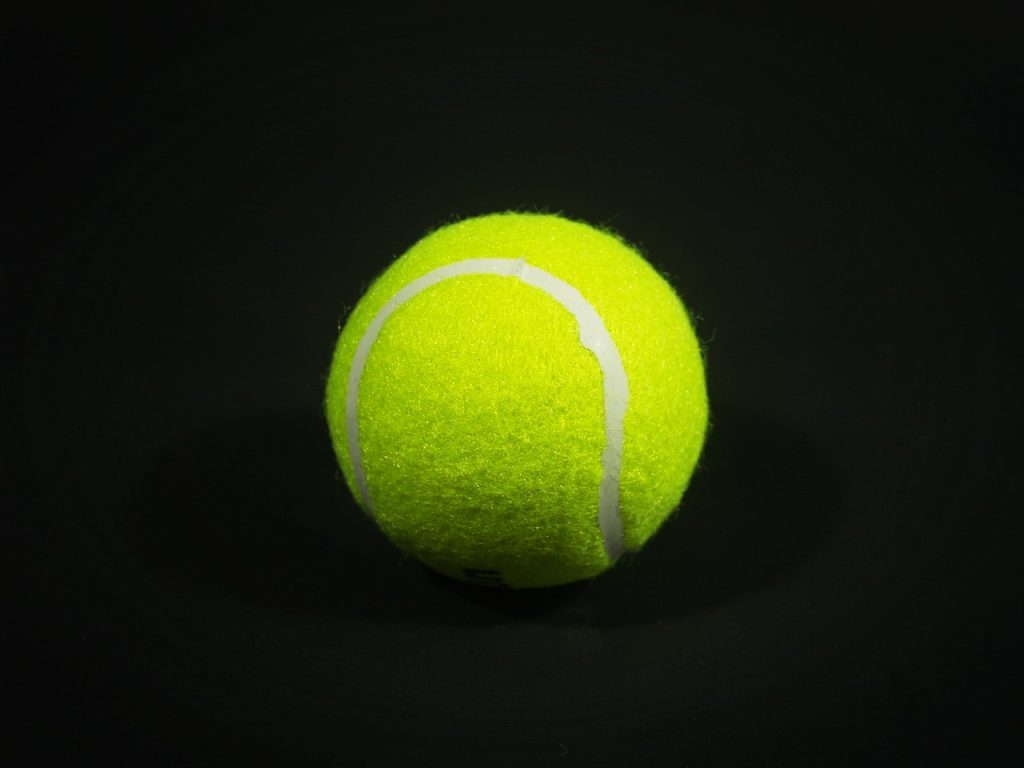 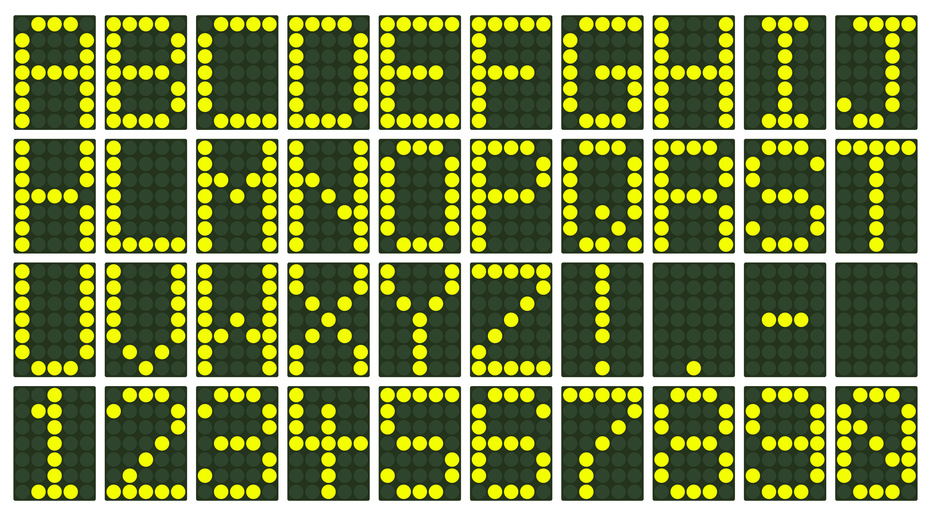